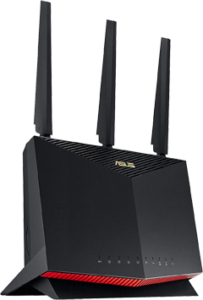 With so many people working (and playing) from home these days, having a solid wireless home network is a must, but a lot of previous-gen routers people have relied on for years just aren’t up to the task. While it may seem like you should leave well enough alone once a network is up and running, you’re leaving a lot of potential network performance on the table if you’re using routers that are more than a few years old. A lot has changed in terms of broadband service and home WiFi demands over the past few years, so if you have high-bandwidth requirements, such as 4K streaming, video conferencing, or game streaming, it’s probably time for an upgrade. There’s plenty of new networking technology to take advantage of, and the latest products have advanced by leaps and bounds both in terms of performance and features.

For the Winter 2021 edition of this guide, nearly every single one of our recommendations is new, thanks to some massive changes that have come to the wireless networking market in just the past few months. Next-generation WiFi 6 is here in full force, and it has reset expectations for the WiFi performance you can experience. Technically known as 802.11ax, it has been given the friendlier “WiFi 6” name to help push consumers to adopt it, and frankly, we think it’s a great idea. It was hard enough for the average consumer to keep track of whether 802.11n or 802.11ac was faster, and 802.11ax sounds cool and all, but it doesn’t tell us much about performance. Well, WiFi 6 is the fastest, and most importantly, was built from the ground up to serve multiple clients, which is what modern households undoubtedly have. Whether its multiple users, or just multiple smart devices, it’s almost impossible to find a home where there isn’t more than one device pinging the network at any given time!

With that said, there’s still a place for 802.11ac devices (now known as WiFi 5): the mainstream arena. Given that most older client devices (i.e., any PCs, TVs, phones, or Smart Home devices that are more than a year old) still don’t use WiFi 6, the budget-conscious shopper is going to want to stick with 802.11ac. 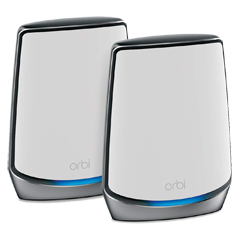 But wait, there’s more! Not only do you have to make a decision between current-gen and next-gen speeds, you also have to decide between a single-node or multi-node “mesh” network! If you have a big home, you should consider ditching the single monolithic router and go with mesh, like the Orbi system pictured at to the left. With that said, gamers and streamers living in apartments and small homes should probably go with a single high-powered router at the same pricepoint. You get more straight-line speed at the expense of range.

By the way, we’re very excited to report that you can finally upgrade your desktop PC to WiFi 6 with the PCIe-based adapters, one of which we list in this guide. There still aren’t options in the USB form factor (it requires too much power at this point), but for any gamers and content creators out there who want to finally take advantage of their Gigabit fiberoptic or cable service without buying a new PC with WiFi 6 built-in, you now can! Speaking of cable, we also list our favorite cable modem at the end of this guide, which is how you can get out of paying monthly rental fees, while taking advantage of true Gigabit broadband service!

We utilize Amazon links throughout this guide, and your use of these links helps support future development of the guide!