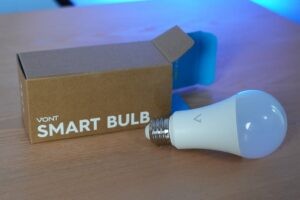 Thank you to Vont and Amazon for sponsoring this review.

We’ve spent years testing just about every smart bulb to hit the market, from some of the original, long-defunct bulbs from TCP and Wemo based on proprietary networks, to bulbs from names like Cree, Signify, and GE using the Z-Wave and Zigbee Smart Home communications standards, to the latest incarnation, WiFi-based bulbs. While we’ve tested WiFi bulbs from Wiz and Geeni previously, we thought we’d take this opportunity to explore the pros and cons of WiFi-based bulbs with newcomer Vont’s RGB Smart Bulb.

A Quick Primer on Smart Bulbs

As background, a Smart Bulb is any bulb that can be controlled via an external device, but the smartest bulbs in our opinion are those that integrate with industry standards. As mentioned, we’ve used proprietary bulbs before, and unfortunately they are almost always destined to become obsolete. Bulbs based on Z-Wave and Zigbee, and to a lesser extent Bluetooth, are perhaps the most future-proof, in that their networking is local: they connect directly to a hub, and as long as that hub is still supported, the bulb is supported.

WiFi bulbs like Vont’s Smart Bulb occupy a middle ground: they use a very universal communications standard in the form of WiFi (specifically 802.11n 2.4GHz, which is a relatively-slow standard around since 2009 and still supported by all current wireless routers). Unfortunately, because they use WiFi, they cannot communicate directly with a local hub; rather, they must reach out to the cloud for controls. So while they are “universal” in their use of WiFi, they still rely on a proprietary cloud link to function. If the manufacturer, in this case Vont, goes out of business or shuts down the cloud support, the bulb loses its smarts. The big upside to WiFi bulbs is actually their cost: based on our knowledge of the market, a WiFi smart bulb is often just half the cost of a similarly-capable bulb using Zigbee.

Our first observation about the Vont Smart Bulb as soon as we took it out of the box was that it’s oddly big. While it appears to conform to the A19 standard, many other smart bulbs these days are quite a bit more compact. That isn’t required to fit in fixtures designed around A19 bulbs, but it is nice in that they may be easier to screw into place when using a small lamp. In the picture below, you can see it compared to bulbs from Geeni and Osram Sylvania, both of which are much smaller despite offering the same output (~800 lumens). Thankfully, like its competitors, the Vont Smart Bulb draws just 9 Watts, so the large size brings no penalty in that regard. 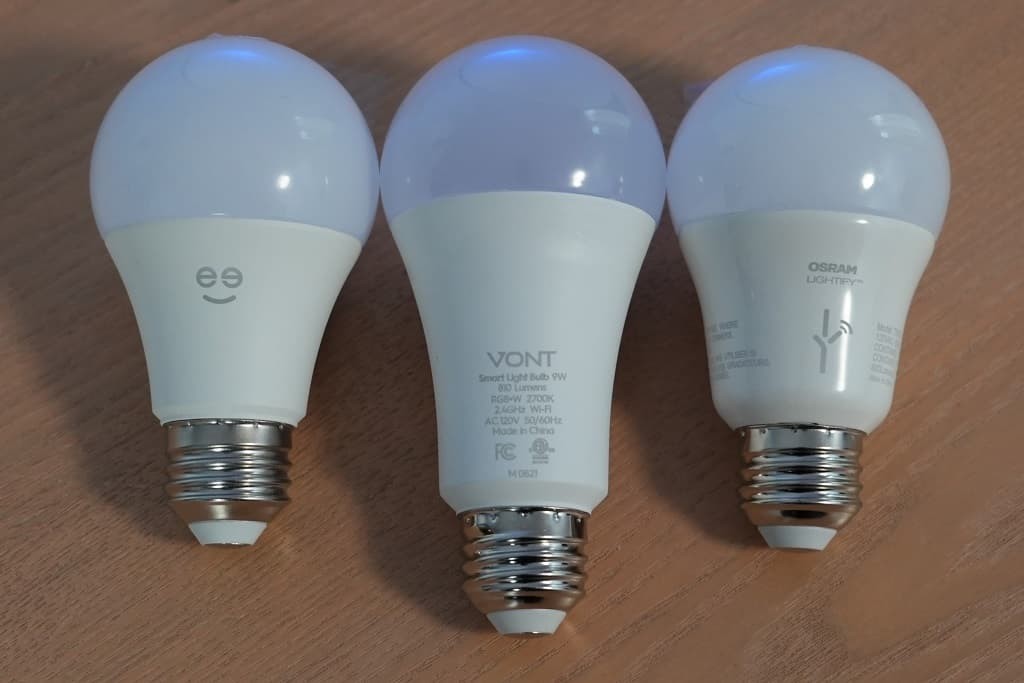 We tested the Vont Smart Bulb both through the Vont App and through the Skill for Amazon Alexa. The app was decent enough, with all the basic features, including scheduling, although the lack of room-based groups limits the usefulness for a serious Smart Home setup. As with all other WiFi-based bulb systems we’ve tested, you must sign up for an account with a log-in name and password. That doesn’t bother us too much, although it’s a reminder that the functioning of the Vont bulb is tied to Vont’s continued support of this cloud backend. 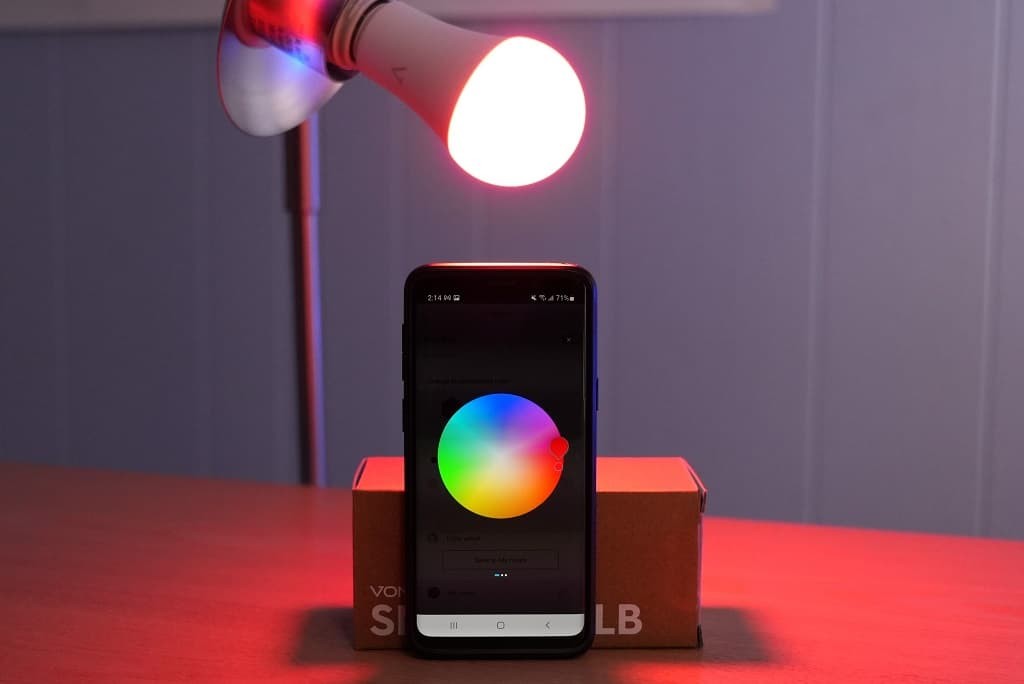 One thing we noticed is that  the color picker in the app wasn’t particularly representative of the actual color the bulb displayed, although this is more of a limitation of RGB lighting than it is a problem with the app. Perhaps it was the enticing color wheel Vont uses that had our expectations set a bit too high!

When we moved on to test the Vont Smart Bulb using the Vont Home Skill on Amazon Alexa, we were able to integrate the Vont bulb in with our huge array of bulbs from other brands. Using Alexa really is seamless, and the voice control is critical from our point of view. But Alexa is also a full-featured Smart Home app, offering powerful automation options (called Routines).

One quirk we noticed in Alexa, which some user reviews on  Amazon and within the Alexa app alluded to, is that the Vont skill has an error in the programming; asking Alexa to display white on the bulb leads to an odd “Hmm, I’m having trouble reaching null” response. This happened over and over, but there’s a way around it: just ask for “warm white.” The Vont skill properly translated this command to a standard indoor white light on the bulb. 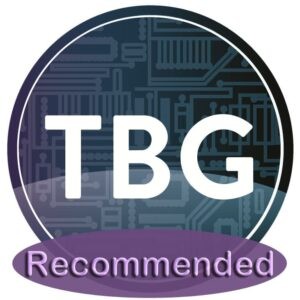 At $18 for a 2-pack, the Vont Smart Bulbs are a tremendous bargain. They offer a great first step into Smart Home control, and for the most part, integrate well with Amazon Alexa, which we now consider the best Smart Home hub for most users. The bulbs are a bit larger than other smart bulbs, and while they conform to the A19 standard, they will be a bit harder to install than a more compact bulb with a similar output. At the same time, the rated 20,000 hour lifespan is about double what we’re seeing from most other Smart Home bulb manufacturers, so if that’s the tradeoff for the larger size, we’ll take it.

As always, we are a bit concerned that WiFi smart bulbs that rely on cloud services will one day become “dumb”, and we also think that most users would probably be satisfied with a bulb that has only adjustable color temperature, rather than full RGB colors. Even so, Vont’s 2-pack offering makes for a tempting first step into the Smart Home world, especially considering that many of the big-name competitors typically only offer similar discounts when buying a 4-pack.