Here at TBG, we have a thing for coolers. In fact, at this point, we’ve tested more coolers than any other PC component, with nearly well over 40 under our belt. That means we have a very good sense of what the best models are, and what makes for a great cooler. And while it’s true that coolers can live much longer lives than most PC components, the technology does in fact improve over time, which means the cooler that someone named “best ever” in 2010 or 2013 almost certainly isn’t worth buying today. And that’s why we keep at it, testing cooler after cooler in order to make sure we can always give you, or readers, the best advice.

In fact, this isn’t even our first high-end cooler shootout. First came our 140mm air cooling roundup in 2016, and then came our 2017 liquid cooler showdown. Since then, however, every manufacturer in those roundups have updated their offerings, so of course we had to take another look, this time focusing on the very best cooler we could find for under $100, regardless of cooling type. In the end, we gathered together two tower coolers and two liquid coolers, representing four different size classes, in order to crown a new champ, and a new champ we did indeed crown!

Special thanks to Arctic, be quiet!, Noctua, and SilverStone for providing us with test samples used in this review!

Here are the four contenders we tested for this heavyweight matchup, along with their current selling prices: 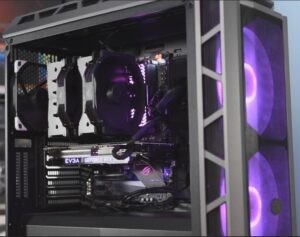 And here are the specs of the high-end system that we used for all testing:

Three important notes about our testing setup. First, it’s a real system, unlike the open test benches most review outlets use to review coolers in the interest of convenience. Yes, it takes us much longer to conduct these tests, but you know what, they’re actually relevant, as opposed to everything else you’ll see. Second, we couldn’t use our RAM of choice, our 32GB kit Corsair Dominator Platinum RGB DDR4-3600, because it was simply too tall to be used with either of the tower air coolers (the be quiet! and the Noctua). But the air coolers weren’t the only ones with fitment issues. The Arctic Liquid Freezer II 280, with its 37mm-thick radiator, was too large to fit in our huge Thermaltake A500 case, so we had to switch our entire test bench to the Cooler Master H500P Mesh. Remember how we mentioned this roundup took a lot of time? Yeah, this is one of the reasons, but it’s the only way we could give you an honest and true sense of what it’s like to use these coolers!

As with all of our reviews at this point and going forward, this review appears exclusively on YouTube, which you can see below:

By the way, to give you a sense of just what it takes to install the giant Arctic Liquid Freezer II 280, we put together a separate video going through all the steps, including the one where you find out if it will fit in the first place! 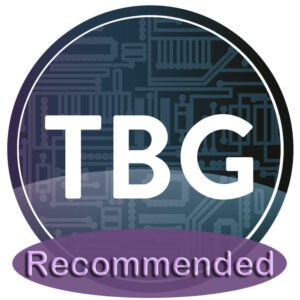 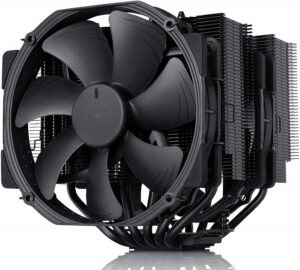 Based on our results, there is clearly only one best when it comes to low-profile coolers, and what’s amazing is that it comes from the very same company that won our low-profile cooler roundup just a few months ago: Noctua. Just like the Noctua NH-L12S before it, the Noctua NH-D15 chromax.black is a product from a manufacturer playing at the top of its game, so superior to the competition in every way that there’s almost no reason to look anywhere else. It was the coolest, it was the quietest, it was the easiest to install, and thanks to its new black livery, there’s even an argument for it being the best looking, which Noctua could never claim before. Yes, it is tied for the most expensive in our roundup at $100, but it made the cut, and that’s what counts. Simply put, there is no better all-around cooler you can buy if you have $100 to work with.

Now one quick note: for our own personal bench system, which uses very tall Corsair Dominator Platinum RGB DDR4-3600 RAM, we just can’t use the Noctua, as the RAM can’t fit under it, and even if it could, the RGB lighting would be completely blocked. So, which cooler are we going to use going forward? The Arctic Liquid Freezer II 280, modded to actually perform better than the Noctua. It required a SilverStone PWM splitter to tame the fans at idle, and it required Noctua NT-H2 thermal paste to allow the cooler to actually reach its full potential. Sometimes you have to lean on a competitor for help, and that’s what happened with Arctic here, but hopefully when version III comes around, it will fix the issues we had with the fans and thermal paste and actual claim victory! Of course, the competition won’t stop moving the ball forward, and we look forward to see what be quiet!, SilverStone, and Noctua can come up with next!

That’s it for now, and we mean for a while! This test took us weeks to complete, due to the extensive video footage we shot, as well as the significant amount of time invested in swapping out coolers for each test. That’s a wrap on cooler testing for 2019! In the meantime, check out all our CPU cooler recommendations at every price point in the CPU Cooler Buyer’s Guide, updated quarterly!