AA batteries have no place in a high-end gaming mouse; Bluetooth adds no value; too expensive 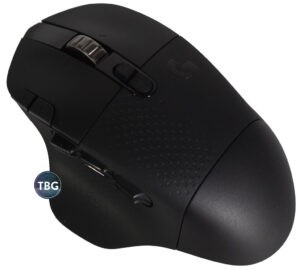 We’ve reviewed a whole lot of gaming mice over the years, but we’ve always come back to Logitech for our personal gaming sessions because its mice are consistently ahead of the pack. And since September 2016, we’ve used nothing but Logitech wireless gaming mice, because once its G403 Prodigy arrived on the scene, there was no looking back. It was the nail in the coffin of all of Logitech’s competitors and wired gaming mice in general.

With this context in mind, we were excited to check out the new G604, a follow-up to one of our favorite all-around wireless mice, the ultra-comfortable G602, released in 2013. While nothing about the G602 would appear to stand out today, it was a popular mouse in its day, and one of the very first wireless mice marketed specifically for gaming. Thus, in a sense it’s not surprising to see Logitech return to these roots for its G604, after the disappointing G603, released in 2017. Logitech has been driving the nostalgia bus for a while now, releasing such offerings as the updated MX518 (borrowing both the name and the shape of an ancient 2005 design), and then the G502 Lightspeed, a wireless version of 2014’s G502). Logitech went to great lengths to clone every last millimeter of the G502’s exterior, despite needing to gut the interior to build in wireless technology. We get this, to a point, but ultimately, dwelling on the past can come back to bite you, because no matter how great a product is, there’s room for improvement. We’ve even convinced Logitech that there were some elements of the G502’s exterior design that most definitely should not have been cloned (you can thank us when the G503 arrives!).

In any event, the big question for today’s review is whether the G604 is another home run for Logitech, like the G602 before it, or whether it’s just a sacrifice fly to left field.

Special thanks to Logitech for providing a sample of its G604 Lightspeed Mouse for review.

We’ve created a video that shows you every last detail of this mouse, including how it compares to a number of other models. We believe this will help you understand its strengths and weaknesses a whole lot better than reading a long treatise on the subject. Enjoy!

So that about covers it, but there’s just one additional bullet point on the G604’s spec sheet that we should at least mention, namely Bluetooth connectivity. Simply put, it offers no value on a high-end mouse like this. Bluetooth is far too slow and glitch-prone to use for gaming, and it also means you’d lose all software support through Logitech’s comprehensive GHub software suite. Yes, it would allow you to connect the G604 to a laptop while on the road, but how many gamers are going to take their $100 gaming mouse on the road without bothering to bring the tiny Lightspeed USB dongle (which stores conveniently inside the mouse, by the way)? We’d wager to guess exactly zero. And frankly, we could never tolerate using our G603 sample via Bluetooth – it’s far too jumpy. Logitech has fine enough engineers to know what the limitations of Bluetooth are, and that it can’t touch the performance of Logitech’s proprietary technology. It shouldn’t bother trying.

We’ve been big fans of Logitech gaming mice ever since getting our hands on the original G5 back in back in 2005. We then fell in love all over again with the G9x, and then the G602, and then the G502, and then the G403, and then the G703, and then the G502 Lightspeed. Logitech has had a string of successes like no other company could dream of. But that doesn’t mean it always hits a home run, and the G604 Lightspeed is a clear example of that. Logitech is coasting quite a bit on nostalgia these days, and while fans of its original G602 may find AA battery compatibility quaint, we think it’s just silly. Nostalgic design is one thing (the G604 is a near clone of the G602, which actually works out fairly well given that model’s forward-looking design), but nostalgic tech is quite another, and it has no place in the gaming market. If we want to take a walk down memory lane, we’ll listen to a phonograph or shoot 35mm film. Buying AA batteries isn’t high on our list. And this blast from early-1900’s past makes the G604 too heavy for serious gaming. Furthermore, the G604 is too expensive to be marketed without a lithium battery pack built in or PowerPlay Charging Mat compatibility. The Lightspeed wireless connection along with Powerplay wireless charging is the one-two punch that makes every other manufacturer, from Razer, to Corsair, to HyperX, look like a chump, so Logitech should be socking it to them at every turn. What good is a solid jab without the knockout punch? Yes, the G604 still kills it with regard to its Lightspeed wireless system, but that’s not the point. Logitech has had superior mice on the market for years.

Simply put, the G604 is a missed opportunity, and this critique is coming from very big fans of the original G602. The Logitech G604 Lightspeed is available for $99.99 shipped from Amazon, as of our publication date, but we’d recommend you choose either the G703 Lightspeed Hero at $100 or the G502 Lightspeed at $140. Both are vastly superior for pure gaming purposes. As always, for our latest recommendations in the keyboard, mouse, mousepad, and game controller categories, check out our Peripherals Buyer’s Guide, updated quarterly.