Unmatched wireless gaming and wireless charging performance; aesthetics that are still from the future 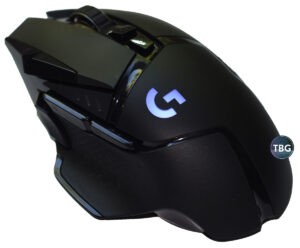 We’ve tested a whole lot of mice over the years, but ever since September 2016, we’ve personally used nothing but Logitech’s G403 and more recently its close cousin the G703. In our review of the G403, we called it “The One,” as in the one mouse everyone had been waiting for, which made all other mice obsolete. When Logitech added PowerPlay wireless charging with the release of G703 less than a year later, it was game over, folks. Yes, we’ve tested a bunch of mice since then, and yes, they’re all back in the box. For the most part, these have been wired mice, and once you’ve used a Logitech wireless mouse from its Lightspeed wireless line, there’s just no reason to go back to being tethered.

Put another way, there’s only one company that can beat Logitech, and that’s Logitech. So it was with great excitement that we agreed to test the subject of today’s review, Logitech’s G502 Lightspeed. The original G502 Proteus Core, which we reviewed here, was a ground-breaking mouse in terms of performance, aesthetics, and ergonomic design. Since its debut in 2014, it has actually been updated twice, first to add RGB (because RGB is important!) in the form of the G502 Proteus Spectrum, and second to add Logitech’s “HERO” 16,000 dpi sensor. But Logitech has been coy about its plans to update the G502 to wireless. Well nearly five years later, here it is, the Logitech G502 Lightspeed!

Now, it’s somewhat mind-blowing to consider that the exterior design of the G502 that first appeared in 2014 and is copied nearly down to the very last detail in the G502 Lightspeed actually predates every modern wireless mouse that Logitech has released. If this design was so good, why didn’t Logitech just launch its Lightspeed lineup in 2016 with the G502, which was then still a fairly new design? Why did we get the G403/G703 and the G900/G903, and then the Logitech G Pro? It turns out there’s a good reason for it, but we’ll get into that later in this review.

One related question that came to our mind when Logitech first informed us about the G502 Lightspeed was whether its exterior design could stand the test of time. We already knew, and Logitech reminded us, that the G502 has been the top-selling gaming mouse in the world virtually since the day it launched, and it was our top recommendation for several years. But five years is five years, and while the human hand hasn’t changed much, the ability of manufacturers to better conform to the human hand probably has. We’ll be returning to this query when we discuss the G502’s performance.

Special thanks to Logitech for providing a sample of its G502 Lightspeed Mouse and PowerPlay Wireless Charging Mat for review.

To cover the description, features, and performance of this mouse, we’ve created a video that shows you every last detail of this mouse, including how it compares to a number of other models. Enjoy! 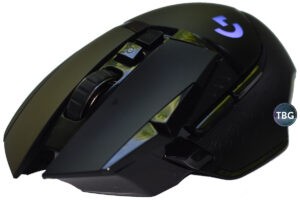 Ever since Logitech launched the G502 Proteus Core in 2014, it has been the benchmark by which all other mice have been judged. And ever Logitech launched the G403 Prodigy Wireless in 2016, the first mouse to use what is now marketed as Logitech Lightspeed technology, no other wireless system could compete. Today, Logitech combines these two crowning achievements into one product, the G502 Lightspeed. It is without a doubt the best gaming mouse on the market.

With that said, Logitech is in the somewhat enviable position of being it’s own worst enemy. Lightspeed technology, along with the equally-amazing PowerPlay wireless charging technology, have been available for several years in a wide range of Logitech mice, with an entry price of just $80 in the form of the Logitech G703. By pricing the G502 Lightspeed at $150, Logitech is going to freeze out a lot of gaming enthusiasts who simply won’t spend that much on a mouse, for good reason. Of course, this isn’t the first Logitech mouse to be released at the $150 pricepoint; both the G903 and the G Pro hit the market at $150, but the G502 has always represented an ultra-high performance offering that was still within reach of average gamers. On the one hand, all of Logitech’s previous $150 products have now been made entirely obsolete by the G502 Lightspeed (and judging by the massive discounts Logitech is offering on the G903, it is well aware of this fact). But on the other hand, it would have been even more amazing if Logitech had taken this opportunity to lower the barrier to entry to a truly awesome wireless gaming experience. Alas, we’ll have to wait for the inevitable price cuts for the G502 Lightspeed to offer both the best performance and the best value on the market.

The Logitech G502 Lightspeed is available for $149.99 shipped from Amazon, as of our publication date. As always, for our latest recommendations in the keyboard, mouse, mousepad, and game controller categories, check out our Peripherals Buyer’s Guide, updated quarterly.